From Seoul, South Korea, Mr. Cho began his career in San Jose, CA with several award-winning violin performances with San Jose Young Artist Concerto Competition, California Young Artist Concerto Competition. He has also toured with San Jose Youth Symphony as the concertmaster in various countries in Eastern Europe and South America where the orchestra was awarded with the Ambassador Award for Cultural Diplomacy by the U.S. Ambassador, the Hon. April H. Foley. Mr. Cho came to New York in 2009 for his Bachelor of Music Degree in Violin Performance (2014) at Manhattan School of Music. He continued his musical endeavors at the institution receiving his Master of Music Degree in Orchestral Conducting (2016). He is currently pursuing Doctor of Musical Arts Degree in Orchestral Conducting at Manhattan School of Music under the tutelage of George Manahan.

David Gilbert has been acclaimed for his dynamic performances with orchestras throughout the United States, Far East and Europe. Born to a family of musicians, he received his bachelor’s and master’s degrees from the Eastman School of Music, and won first prize in the 1970 Dimitri Mitropoulos International Conducting Competition. He became the assistant conductor of the New York Philharmonic from 1970 to 1979 as well as principal conductor of the American Ballet Theatre from 1971 to 1975.

From 1980 to 1982, at China’s invitation, David Gilbert served as principal guest conductor of the Beijing Central Philharmonic. The first American musician to hold a position of prominence in China, Mr. Gilbert was instrumental in rebuilding the Chinese major symphonic orchestra.

David Gilbert was resident conductor and faculty member of the Manhattan School of Music, retiring in 2016. While there, he conducted both symphony and opera orchestras including several important New York premieres. CDs of Ned Rorem’s “Miss Julie”, Benjamin Britten’s “Albert Herring”, William Mayer’s “A Death in the Family” and Scott Eyerly’s world premiere performance of “The House of the Seven Gables” with the MSM Opera Department, David Gilbert conducting, have been released. In September 2004 and 2006, Mr. Gilbert represented Manhattan School of Music as the United States judge for the Pedrotti International Conducting Competition in Trento, Italy.

His compositions for chamber ensemble, orchestra, and opera include “Concerto for Trombone, Brass and Orchestra”, “Ballade Concertante for Tuba and Orchestra” and “Phoenix Madrigal” for flute and strings.

Mr. Gilbert was also music director of the Greenwich Symphony (CT) and the Senior Concert Orchestra of New York. He resides in New Jersey with his family. 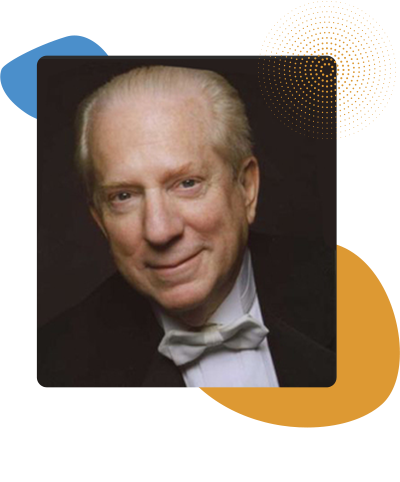